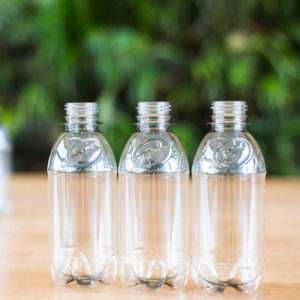 
Opening of the Dawn Technology pilot biorefinery in Delfzijl

Completion of the IPO 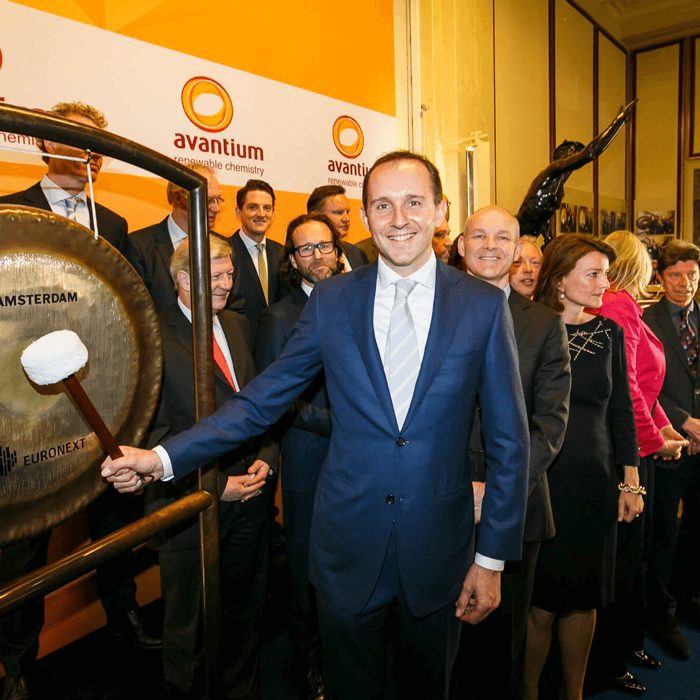 European approval for integration of PEF in existing recycling streams

CTO of the Year Europe


Gert-Jan Gruter awarded CTO of the Year Europe 2014, based on its impressive work and focus on innovation 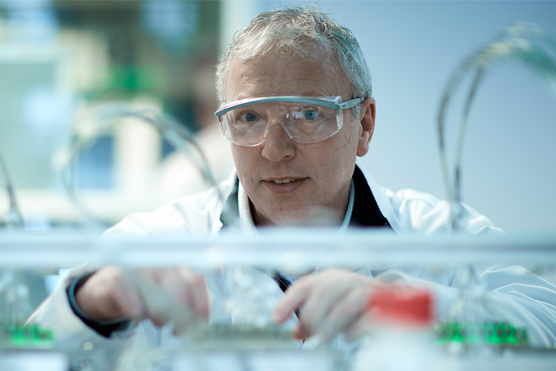 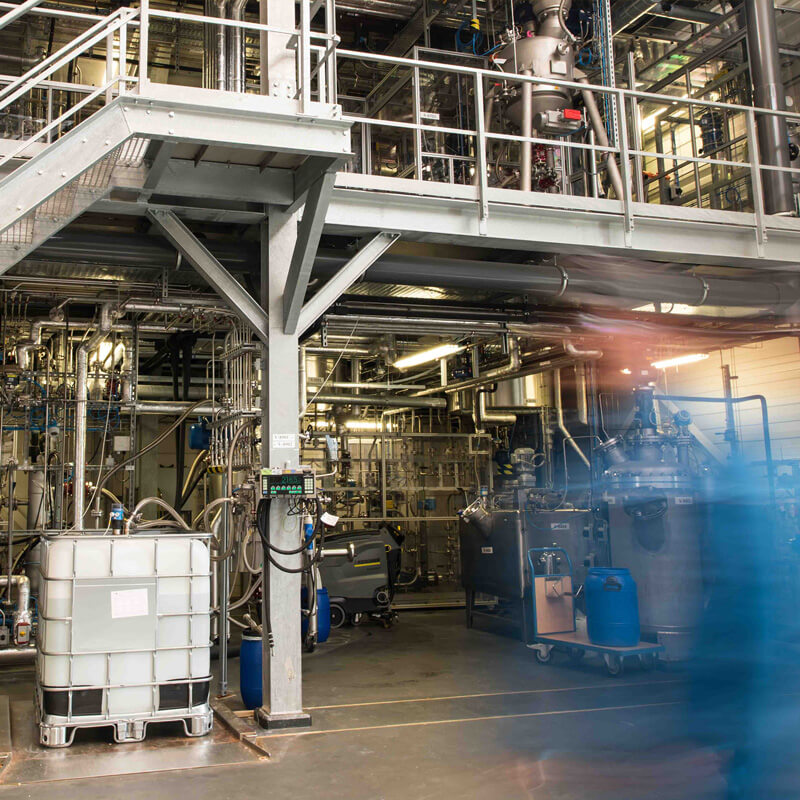 Divestment of services
business in pharmaceuticals 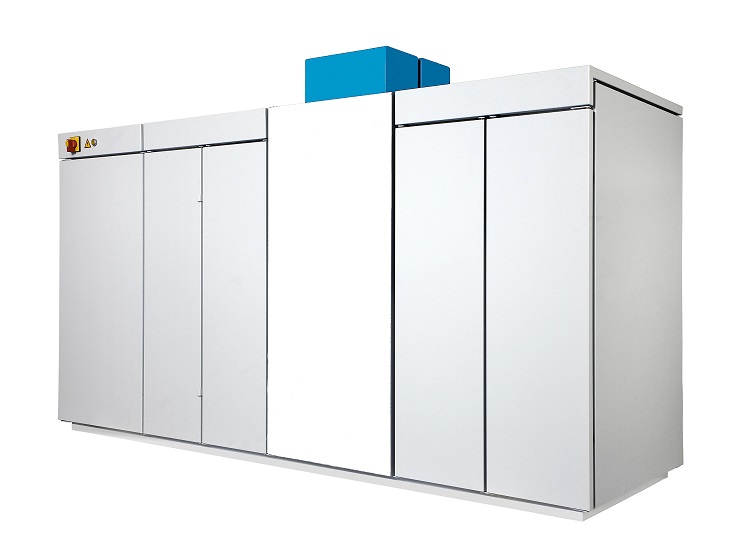 Avantium was founded in February 2000 as a spin-off from Shell. The objective was to accelerate and exploit the application of high-throughput R&D, initially developed by Shell for Catalysis research, across a range of industries. An international consortium of strategic, financial and university partners joined to set up Avantium as a technology company specialized in high-throughput R&D.

During the first years of our existence, our strategic aim was to apply high-throughput technology across a range of applications and industries. We invested significant resources both to advance the technology we acquired when we separated from Shell and to develop new systems and associated software. After the inception period, Avantium decided to focus on providing high-throughput technology-based R&D services to companies in the chemical and pharmaceutical industries. In 2005 we started to also offer R&D systems to our customers, because customers had shown interest in applying our high-throughput techniques in their own laboratories.

While continuing to successfully expand our services and systems business, we made the strategic decision in 2005 to leverage our expertise in high-throughput R&D by initiating our own proprietary development programs. This was the beginning of the plant-to-plastics YXY Technology to produce FDCA and PEF.

In 2011, Avantium was the first company to build a FDCA pilot plant in Geleen with a nameplate capacity of 15 ta FDCA. In 2015, FDCA was adopted by the European Food Safety Authority (EFSA). In August 2016, FDCA was included in the Plastics Regulation as a food contact material. On 30 November 2016. Avantium established with BASF a 49/51 joint venture Synvina, to commercialize the YXY Technology. In May 2017, Synvina received interim approval from the European PET Bottle Platform for the integration of PEF through existing recovery and recycling systems for PEF resin. In June 2017, an industry consortium under the leadership of Synvina, was awarded a €25 million EU grant. The grant supports the establishment of an innovative value chain for bio-based raw materials as well as chemicals and materials based on PEF. In January 2019 Avantium regained full ownership of Synvina and in June 2019 the business unit was renamed to Avantium Renewable Polymers.

In 2011, Avantium divested its pharmaceutical business, which became an independent company called Crystallics that relocated to the business park Amsterdam Medical Center. In 2015, Avantium sold its crystallization systems business to Technobis. With this divestment, Avantium has become a focused company in the field of technology and renewable chemicals.

Renewable Chemistries is Avantium’s business unit with a portfolio of innovative technology projects focusing on the conversion of biomass to chemical building blocks and green materials like plastics. The company currently has three technologies at pilot and demonstration phase.

The most advanced technology is the YXY® plant-to-plastics–technology that was initially developed by the Renewable Chemistries team. The second technology is the DAWN Technology™ that converts non-food biomass into industrial sugars and lignin in order to transition the chemicals and materials industries to non-fossil resources. Avantium launched DAWN Technology™ in July 2018, with the opening of its pilot biorefinery in Delfzijl, the Netherlands. The technology is supported by a consortium consisting of Nouryon (formerly AkzoNobel), energy company RWE, the Dutch forestry agency Staatsbosbeheer and Chemport Europe. Each consortium member brings specific expertise to the planned commercial scale biorefinery. The third technology is called RAY and catalytically converts industrial sugars to plant-based MEG (mono-ethylene glycol). Avantium is scaling up its Ray Technology™ and the demonstration plant in Delfzijl, the Netherlands opened on November 7, 2019. The Volta program is in pre-pilot stage. The Volta electrochemistry platform enables converting CO2 into chemicals and fuels using renewable electricity. In December 2016, Avantium acquired the assets (IP, know-how and hardware) from Liquid Light.

On 15 March 2017, Avantium successfully completed the IPO of Avantium. Avantium’s shares are listed on Euronext Amsterdam and Euronext Brussels (symbol: AVTX). Its offices and headquarters are in Amsterdam, the Netherlands.

More detailed information about the extraordinary general meeting of shareholders (30 September 2020) can be found here:

Annex I Power of attorney >

Michelle Jou joined the Supervisory Board of the Company in 2020. She has over 20 years of professional experience in the chemical industry in Asia and Europe, where she has served in a variety of positions in sales, marketing and supply chain management. In 2003, Michelle Jou joined Covestro (formerly Bayer MaterialScience) in the company’s central departments in Shanghai. She later took on the role of VP of the Polycarbonates Business Unit in China and Hong Kong. In 2012 Mrs. Jou was named Senior VP of Commercial Operations in the Asia region. In 2016, she became President of Covestro’s global Polycarbonates Segment, headquartered in Shanghai.

Mrs. Michelle B.B. Jou (1969) holds a Bachelor of Arts degree in French from Fu-Jen University (Taiwan) and an MBA from the EMLYON Business School (France). She is fluent in Mandarin, Cantonese, French and English.

This site uses cookies. By continuing to browse and use the site you are agreeing to our use of cookies.OkPrivacy policy